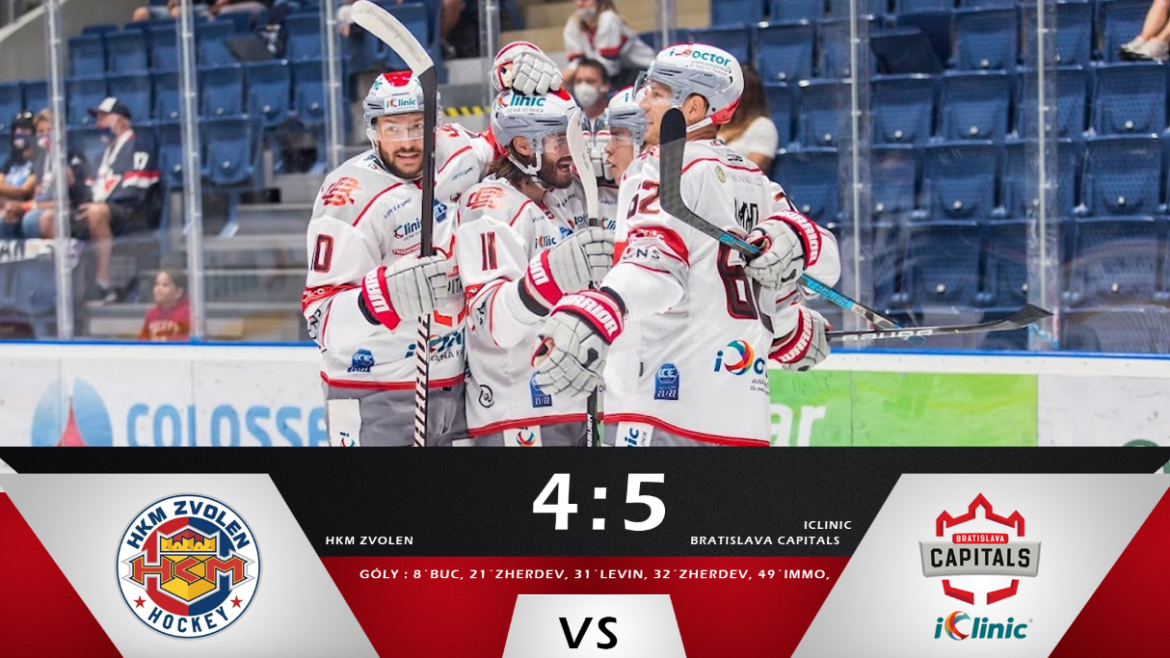 The iClinic Bratislava Capitals take down the champion of the Slovak TIPOS Extraliga. The fans in the Zvolen arena witnessed a strong, entertaining and thrilling game. Peter Zuzin gave the home crowd an initial reason to cheer for. It was the CAPS captain Dávid Buc who tied the game after a nice one-timer, 1-1.

The next passage of the game was controlled by the Capitals, Nikolai Zherdev gave no chance to the home goalie Adam Trenčan on his shot, 1-2. The home team fought back to a 2-2. David Levin found his tempo once again and made it 2-3 after a nice hand-eye move. The next part of the game saw many chances for both side, however it was Nikolai Zherdev who gave no chance to the home goalie on a short sprint break-away, 2-4. Zvolen fought hard and was rewarded by the 3rd goal from Peter Zuzin, hattrick for the home scorer, 3-4.

The next event had the Capitals on powerplay and it was Tor Immo with a cannon of a shot to make it 3-5. HKM Zvolen showed no signs of giving up gaining one back at 49:44, Csányi made it 4-5.The home team took a long empty net powerplay, Samuel Baroš said no-thanks to all other shots from Zvolen. 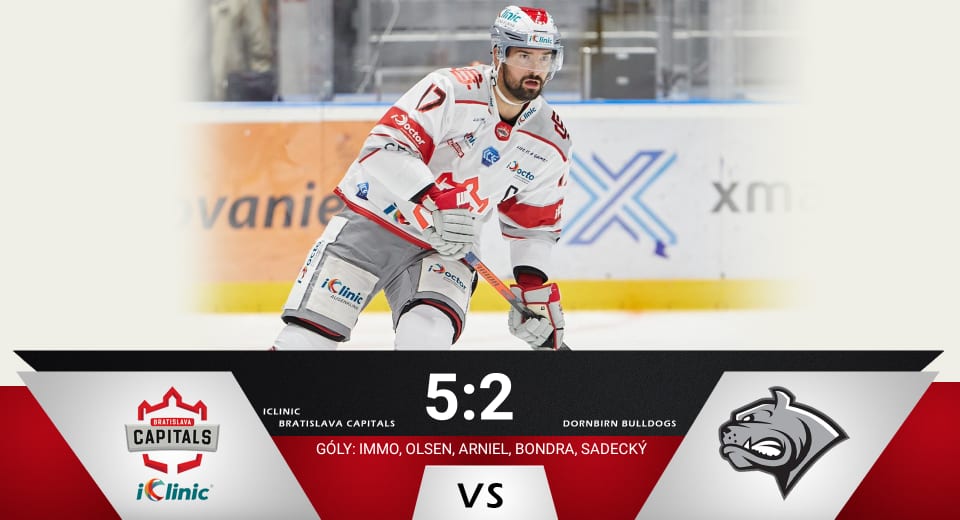 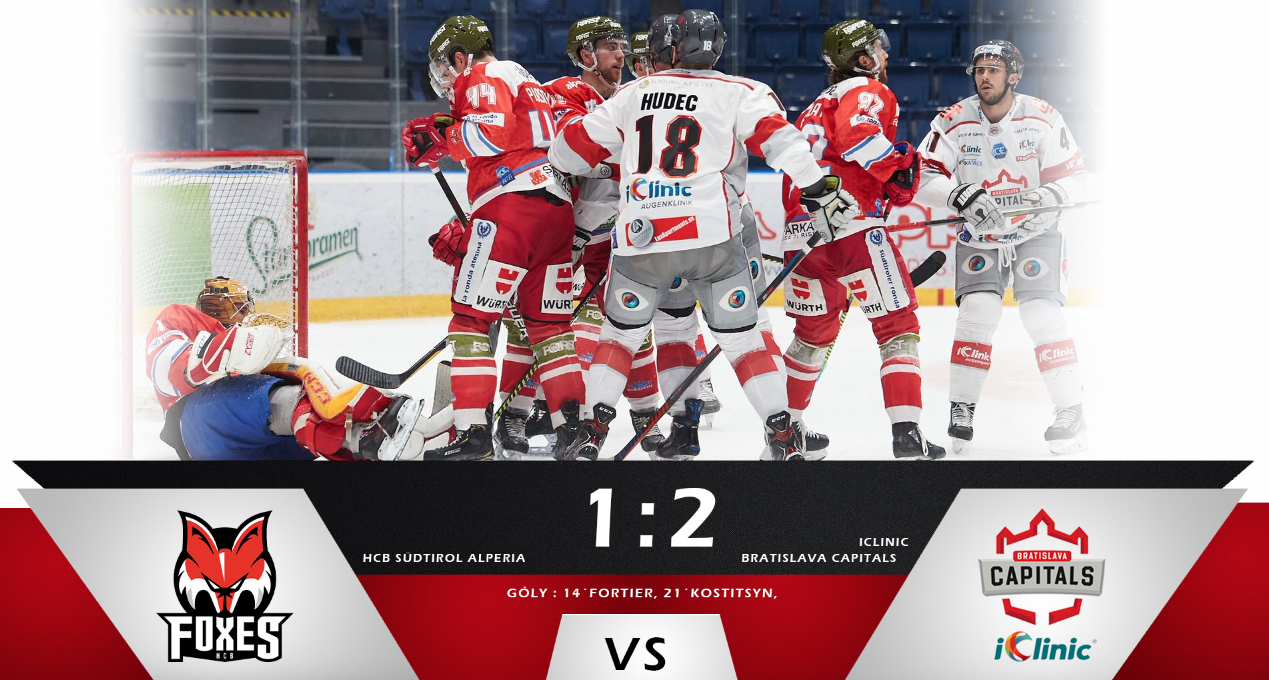