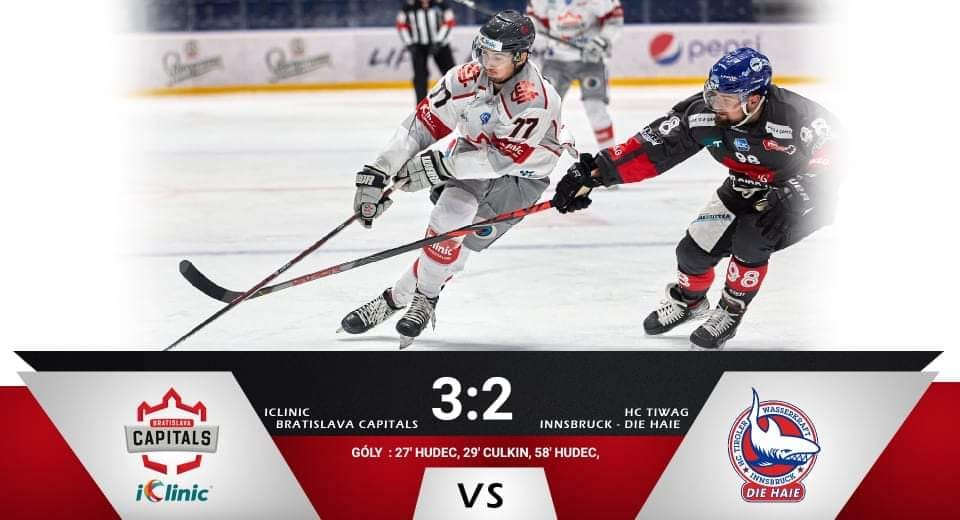 The ICE Hockey League moves at a fast pace, not even 24hrs after the win in Villach we took on the sharks from Innsbruck. Both teams had a reason to battle as points are far and few before the intermediate round. It was our guests from Innsbruck who took the lead by a goal from Saucerman.

Denis Hudec is on a goal run and it was him to tie the game in the 26.minute(Miloš Bubela and Sacha Guimond). The CAPITALS took the lead in the 28.minute by a goal from Ryan Culkin(Michel Miklík, Sergej Kostitsyn). The sharks battled back and it was again Saucerman who tied the game in the 54.minute. After a quick puck turnover it was Adam Bezák who found the team captain Dávid Buc. Dávid served a beautiful one-timer to nobody else than Denis Hudec who scored the winning goal in the 57.minute

After two strong games its time to rest for the iClinic Bratislava Capitals. The IHL schedule moves on 2.2.2021 at 18:30 when we battle Graz! 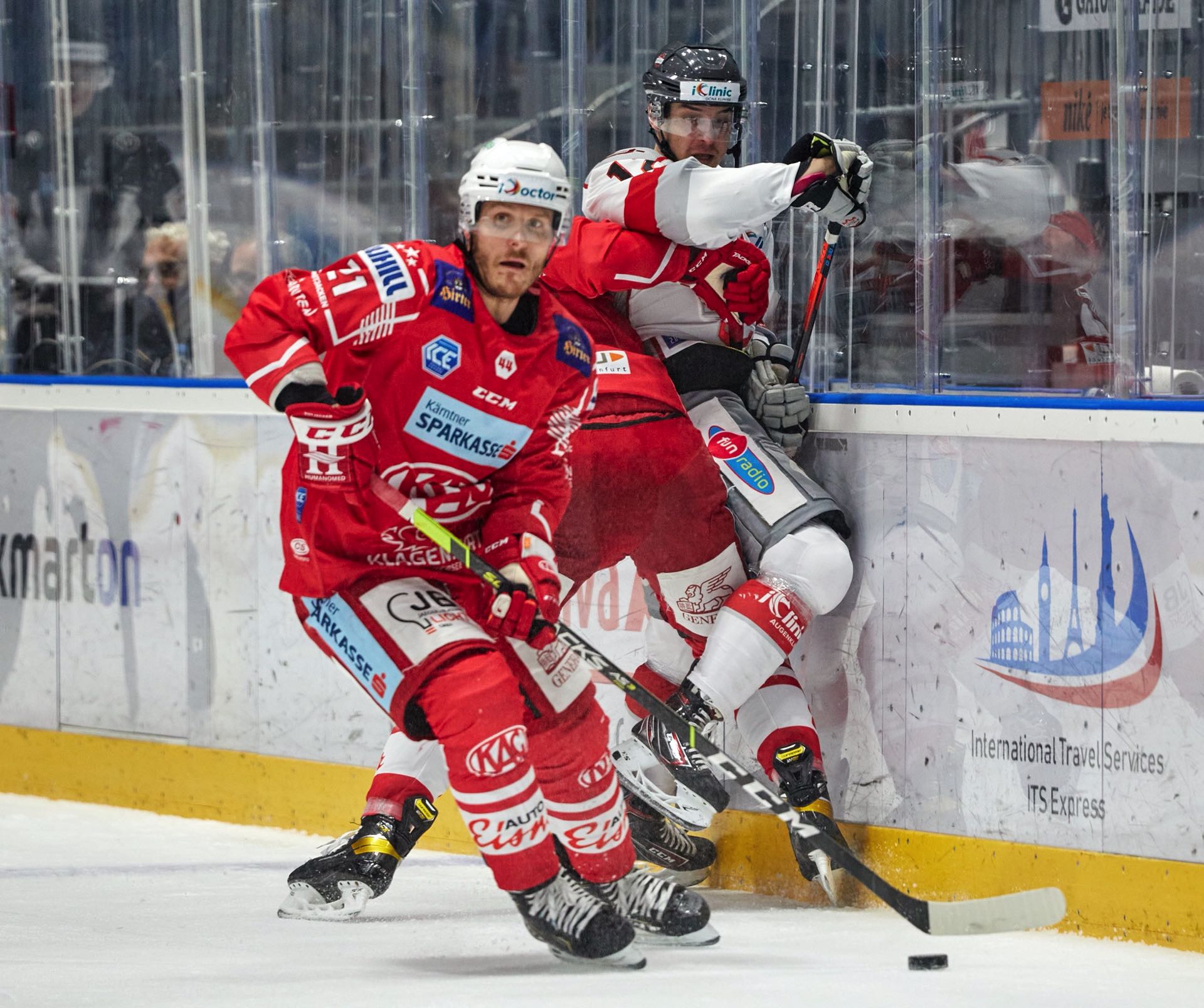 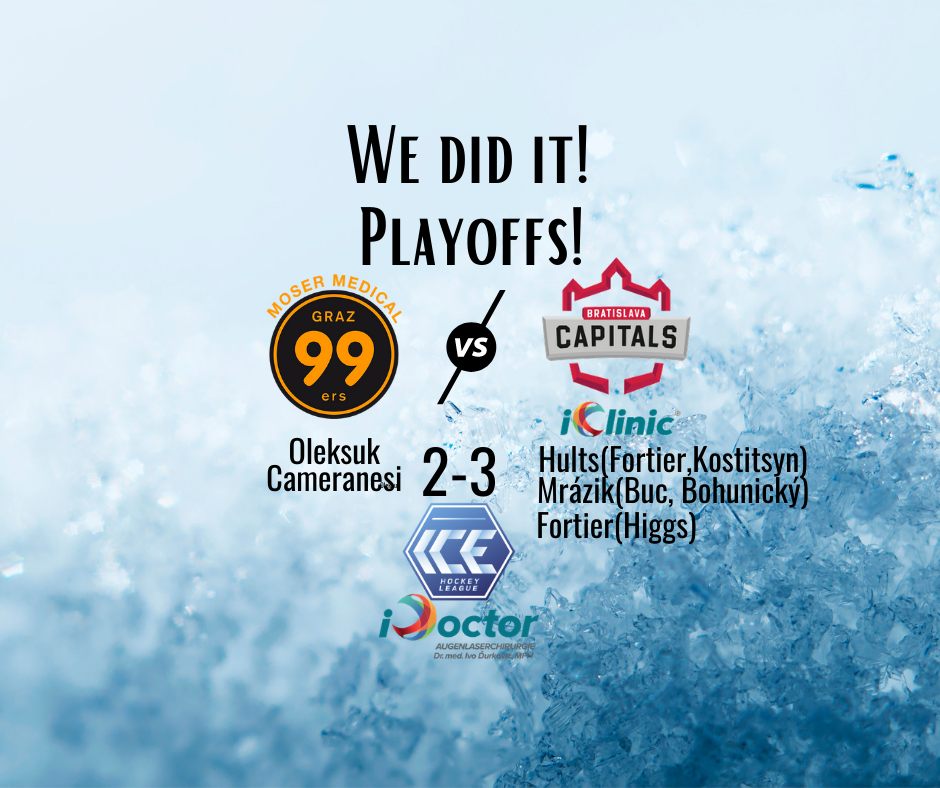 We did it! Playoffs!